Biophilia: Not a Passing ‘Trend’ but the Long-Term Future of Architecture and Design

Homes, cities, workplaces and hotels intentionally designed to reconnect people with nature are at a major inflection point

Biophilic design specifically connects people with the diverse, complex natural world to improve their physical and mental wellbeing. Biophilia is obviously not a new concept: The term was coined by psychologist Erich Fromm in 1964 and made popular by Harvard biologist Edward O. Wilson in the 80s, whose influential book Biophilia posited that if humans lived immersed in nature for hundreds of thousands of years, that the relatively recent forces of urbanization and industrialization have led to a profound disconnection from the natural world that hurts human health and mental wellness and the entire natural ecosystem.

Biophilia as an intentional focus in design is actually a very recent movement. And now, the pandemic and escalating environmental destruction have put an unprecedented new value on nature. Biophilic design experiments are at a tipping point, and the concept is transforming cities, home design, workplaces and hotels. And it’s more than just a bunch of plants; it’s all the ways that we can integrate nature in design and the built environment—whether through natural light, fresh air, natural materials, or the use of organic shapes that mimic nature’s own design.

Every era has design fads, and it’s easy to mock millennials for treating their houseplants like children. The new ache for nature can feel merely emotional and elegiac for a world we’ve destroyed. But unlike most era-defining design movements, biophilic design is grounded in evidence: It’s an “aesthetic” with a proven, positive impact on human physical and mental health, indicating that we’re very much “hardwired” for nature.

An excellent article in New Scientist enumerates the many health benefits that come with exposure to nature and the environmental benefits of biophilic design and the greening of cities. Time with nature combats depression and anxiety and mood disorder, improves sleep, improves happiness, boosts attention and creativity, and increases social interaction. There are so many powerful studies, such as one that showed that kids exposed to more nature/greenery had 55% fewer mental health problems later in life than those that were nature-deprived. Biophilic design in buildings and cities can restore biodiversity and repair the environment: For instance, global engineering firm Arups has argued that buildings should be covered in greenery because they eat up carbon dioxide, filter pollution, reduce noise, and naturally keep people cooler—critical with the coming extreme heat nightmare. 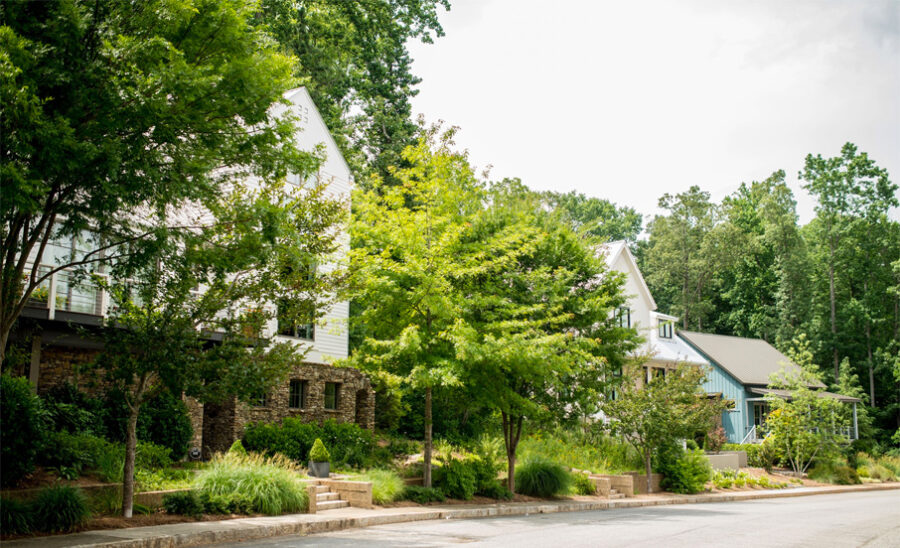 The “greening” of global cities is surging. Singapore is a leader, steadily increasing the percentage of the island given over to green space to become a true “city in a garden”—with innovative projects like the 250-acre Gardens by the Bay nature park with its gigantic “super trees” equipped with cells that harness solar energy. Paris plans to become Europe’s greenest city by 2030 by creating huge urban forests and widespread car bans. The World Bank has a new series on how biophilic city design can solve the really big urban problems: making us more resilient to climate change, saving biodiversity, and crucially, addressing terrible inequities in health.

Biophilic home design is exploding, with hundreds of new development examples. Just one: Valley, opening in urban Amsterdam next month, looks nothing like the apartment towers nearby with its densely planted terraces and balconies and façade of porous stone that grows moss to capture water and cool the building. (More new biophilic home development examples are below.)

In hospitality, the aspirational destinations are now smaller projects where the connection to nature and biophilic design is the key “amenity”—whether Vivood in Spain, set in an olive tree forest, or France’s Hotel 48 Nord, nestled in the meadows of an Alsatian valley.

At the Global Wellness Institute’s recent Wellness Real Estate Symposium, Steve Nygren, founder of the visionary wellness community Serenbe near Atlanta, was just one speaker arguing that biophilic design is the very foundation of wellness real estate—and he explained that it’s far more profound than a photogenic green façade and must span everything from green energy and water conservation to wilderness and biodiversity protection.

He argued that our world is still sick and depressed because we keep building the same garbage and expecting a healthier outcome. That there’s too much focus on the building, but it’s still only improving a jail. We must focus on nature, and we will.

A sea-change is underway: The locked boxes that have been our buildings (our homes, workplaces, hotels or schools) seem the enemy now. People will demand a connection to nature; it will be the way we live our lives. Biophilia is not a “trend” but the long-term future of architecture and design. 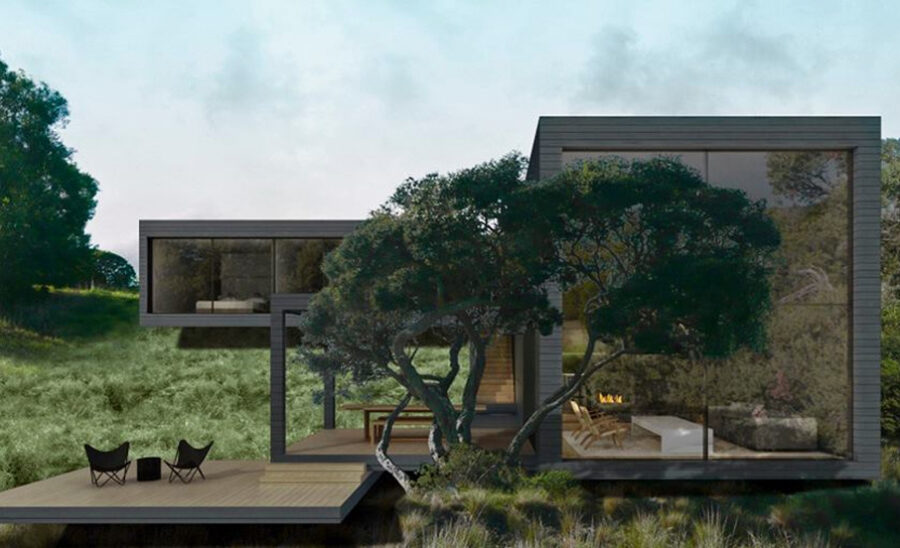 The TRENDIUM is a compendium of the latest trends impacting the multi-trillion dollar global wellness economy.