Many religious communities start with one-off events, such as aerobics classes that integrate sermons or prayer (though some go so far as to build entire fitness equipment rooms). Rabbi Jaymee Alpert of Congregation Beth David in Saratoga, California, developed a practice that blends strength training into a traditional Jewish worship service. The lunge-heavy session is now a monthly offering, along with yoga sessions, drawing on themes from the liturgy and forest-bathing prayer programs.

Alpert took inspiration from the growing popularity of running therapy, a physically demanding sport that some counselors say help patients better open up and access their emotions.

“The goal is to help people reconnect the parts of ourselves that we usually think are so separate,” explains Alpert. “Either we’re at the gym being physical, or we’re coming to the synagogue to be spiritual. But there’s a connection there.”

There are also gym concepts entirely devoted to spiritual exercise. SoulCore, a Catholic-based movement program that pairs stretching and functional movement with the prayers of the rosary, now counts more than 100 parishes across the US.

Faithful Workouts is an online Christian ministry of streaming workouts infused with mini-sermons and Christian music. Founder Michelle Spadafora says her clients, the majority of them women, are tired of separating lifestyle from faith. Consider it a holier take on multitasking.

In the last year, a significant number of churches requested Faithful Workouts’ integrated classes, signifying a shift away from viewing bodywork as vanity.

“There’s been a mind change within the Christian community that we need to take care of our bodies,” says Spadafora. Christians are the largest religious group, making up nearly a third of the Earth’s population.

Other entrepreneurs opt for a faith-centric franchise model, as evidenced by CrossFit F.M.S. (which stands for “For My Savior”) in Midland, Texas, and CrossFit 27:17 (a nod to Proverbs) in Flowood, Mississippi. Females in Action (FIA), a free and peerled, bootcamp-style workout program for women, finishes each workout with a prayer. In just six years, FIA has grown to more than 6,000 members, encompassing 53 regional groups across the US.

Religion and bodywork have long been associated. At the 2019 Global Wellness Summit in Singapore, theologian Martin Palmer stressed the strong relationship between wellness and faith, noting the body-soul connection inherent in religious texts and traditions. This is evidenced by monastic diets, spiritual bouts of fasting, physically demanding pilgrimages and ritual bathing. He quoted the apostle Paul: “Do you not know that your body is a temple of the Holy Spirit, who is in you, whom you have received from God?…Therefore honor God with your body.”

Roughly 84 percent of the world’s population identifies with a religious group, and nearly every faith in some way exalts not only the body’s capabilities but mankind’s duty to maintain good health.

Of course, religious communities are not immune from global epidemics such as obesity, poor diet and chronic conditions. Many institutions see their health initiatives as a crucial part of tending to parishioners’ wellbeing. The annual Congress on Sport and Christianity is one such attempt to address what the ministry sees as a pressing need to introduce more exercise into worshippers’ lives. The conference boasts keynote speakers such as football star Tim Tebow.

Wellness can also prove inspiring in a faith context. Some religious leaders view fitness as the ultimate vehicle to deliver spiritual growth, noting the flush of emotions and endorphins that accompanies movement.

Faith & Fitness Magazine Founder Brad Bloom says the current church model— dressing up to sit in a pew—doesn’t connect with a growing percentage of worshippers. He started a consulting firm and launched a national conference due to increased interest from American churches looking to add fitness programs.

“[Through exercise], people let their guard down, and they’re much more inclined to absorb the messaging,” says Bloom. “Fitness is a very ideal way to improve one’s life. It’s not just about exercising; it’s also about examining where we are spiritually and how we can make advances and grow stronger.”

A fitness ministry based on physical release might resonate more with an increasingly anxious and overworked population. The lessons of fitness—getting stronger, improvement and self-care—aptly apply to one’s inner spiritual life. Not to mention the intimate camaraderie, accountability and community-building effects of group exercise.

This makes sense seeing as how religious structure and rituals have been shown[1] to impact psychological wellbeing. That connection is being further studied at research institutions such as The Muslims and Mental Health Lab at Stanford School of Medicine, which examines the integration of faith concepts with therapy.

Some entrepreneurs look to refashion popular modalities, such as mindfulness, to religious audiences. Soultime is an app providing guided meditation through a Christian lens. The Archbishop of Canterbury not only endorsed the UK-based app but also recorded a meditation for it. Soultime has been downloaded in more than 150 countries.

“One thing the secular apps miss is how people relate to the world in a spiritual way,” says Soultime founder and CEO Mark Wagner, “and how their spiritual understanding affects their emotional understanding.”

Wellness-focused faith might better appeal to millennials and younger audiences, a sector that has embraced every kind of spirituality and wellness practice that in some way “switches on belief” (whether crystal healing or astrology), but at the same time has seen a formal decline in religious affiliation worldwide. A 2018 Pew Research Center study surveyed 46 countries and found that adults under age 40 are far less likely to believe organized religion is “very important” in their lives than older groups[2].

Ironically, millennials fueled the more spiritually fluid gym concepts like SoulCycle, which push a secular, experiential version of communal rituals. Self-care became their gospel, sweat their communion: Their body is quite literally a temple, albeit with personal bodywork in lieu of God. In fact, researchers from Sweden’s Linköping University discovered that many of the facets of modern fitness coincide with the basic characteristics of a religion[3].

But as this same demographic struggles for a sense of physical community, religious institutions will attempt to draw them back with activities that speak to their interests.

The Jewish Yoga Network has seen a dramatic increase in both instructors and synagogues looking to adopt the Hindu practice.

While the bulk of this trend depends on independent churches and start-ups, we’ll start to see megachurches, national religious organizations and more influential leaders embrace health and fitness. In addition, budding franchises such as the Lord’s Gym, which now counts over 20 gyms worldwide, will increase their footprint. As technology advances, religious groups might better customize popular trends, such as supplements or wellness travel, and secure larger audiences through digital networks and apps.

Pope Francis, 82, made a name for himself with his more progressive, forward-thinking leanings. Will he soon extend the courtesy to health and wellness? The leader of the Catholic church is known for his love of walks and nutritious meals, often composed of simple whole foods such as fish, rice and fruit[4]. In 2018, the Pope addressed the uptick in chronic diseases by highlighting the dangers of modern vices, such as smoking, alcohol consumption and environmental toxins. Speaking at the Vatican, he advocated for preventative lifestyle changes including physical activity, proper diet, and “respect for the ‘health codes’ practiced by the various religions[5].”

[1]What Role Do Religion and Spirituality Play In Mental Health?, American Psychological Association, 22 March 2013.
[2]The Age Gap in Religion Around the World, Pew Research Center, 13 June 2018.
[3]Fitness is Our Religion by A.C. Kjensmo, ScienceNordic, 4 November 2019.
[4]Pope Francis, in New York, Will Live Like a Diplomat by Vivian Yee, the New York Times, 22 September 2015.
[5]‘Radical’ Pace of Modern Life is Fuelling Disease, Pope Warns by Sarah Knapton, the Telegraph, 28 April 2018. 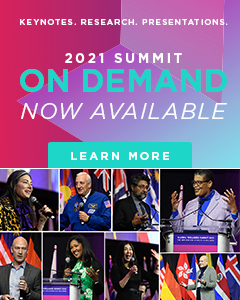