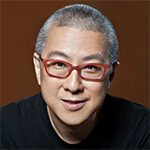 Victor Koo founded Heyi Holdings in 2005, which incubated Youku in 2006, the leading multiscreen entertainment and media company in China. Youku was listed on the NYSE in 2010, and in 2016, completed its privatization and merged with Alibaba Entertainment. In late 2016, Victor retired from his position as chairman and chief executive officer of Youku and served as chairman of Alibaba Entertainment Strategy and Investment Committee for a year. Victor continues to serve as chairman of Heyi Holdings, which currently focuses on emerging investment opportunities with a focus on the convergence of health and technology. In late 2016, Victor co-founded Tianren Culture, a next- generation social platform that focuses on supporting social enterprises, impact investing, and giving with the mission to foster positive global values. One of Tianren Culture’s core focuses is to promote the value of “One Health, One Wellness”, by cultivating healthy and sustainable lifestyles that lead to not only the physical and mental health of human beings, but also the health of the broader environment and ecosystem. From 1999 to 2005, Victor served as president, chief operating officer, and chief financial officer at Sohu, China’s leading internet portal; he also previously worked at venture capital firm Richina Capital Partners, and at Bain & Co. Victor received his MBA from Stanford Graduate School of Business where he currently serves on the advisory council. He was also a Regent’s Scholar at the University of California, Berkeley, where he received a BS. (Hong Kong, China)