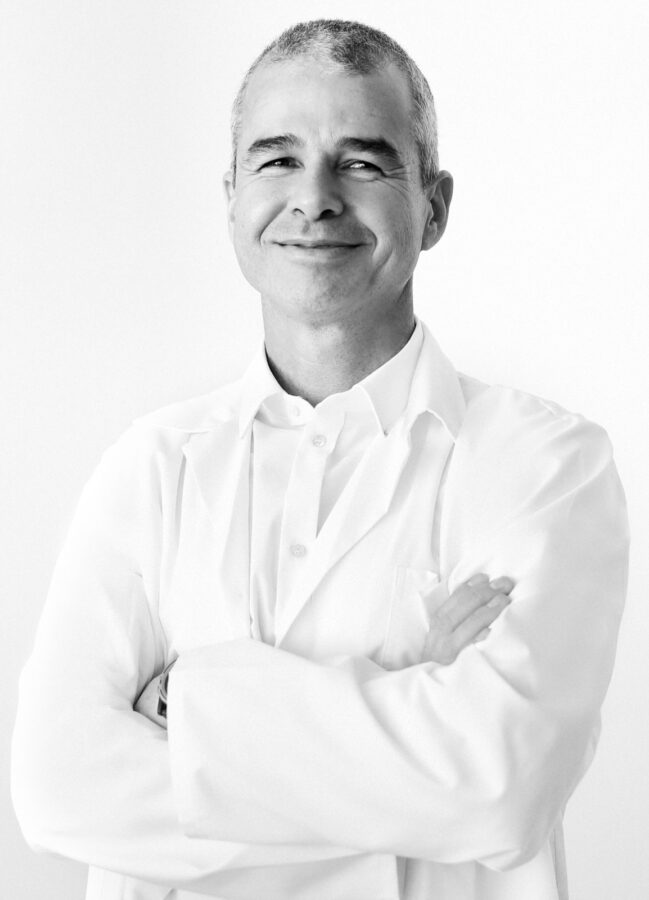 Efrati’s clinic in Tel Aviv has produced an extraordinary body of research on how their unique protocol for hyperbaric oxygen therapy can actually reverse the biology of aging. Their ability to take brain and cell function back in time is making headlines and Aviv Clinics, which he co-founded, are now being rolled out worldwide

The Global Wellness Summit (GWS), the most prestigious conference on the $4.4 trillion business of wellness, announced today that Shai Efrati, MD, the world’s foremost research scientist on hyperbaric oxygen therapy, will keynote at the conference being held at the Hilton Tel Aviv from October 31 to November 3. Efrati is a professor at Sackler School of Medicine and the Sagol School of Neuroscience at Tel Aviv University and director of the Sagol Center for Hyperbaric Medicine and Research at Shamir Medical Center–the largest hyperbaric center in the world, treating over 350 patients a day.

Efrati’s lab has created a unique approach for hyperbaric oxygen therapy (HBOT) which consists of immersing people in a high-pressure, high-oxygen environment and then carefully regulating oxygen and pressure levels. This technique, which is called the hyperoxic-hypoxic paradox (HHP), “tricks” the body into entering a regenerative state which unleashes a cascade of biological changes. These include the proliferation of stem cells, the generation of new blood vessels, and the repair of brain cells and tissue.

Over the last decade, Efrati’s research team has authored dozens of high-quality clinical studies that show how this specific HBOT therapy revolving around the hyperoxic-hypoxic paradox has eye-opening impact on so many conditions. It can significantly boost brain function in stroke and traumatic brain injury patients, heal the wounds in the brain caused by PTSD, improve sexual function, and roll back the process of skin aging. This month, their randomized controlled trialfound that the therapy incited brain healing and improved myriad symptoms in long Covid sufferers, an area where solutions have been elusive.

But it’s his recent research on healthy individuals that has such extraordinary implications for the wellness world. The therapy was recently shown to significantly improve (not just slow the loss of) cognitive function in healthy, older adults by generating new neurons and blood vessels in the brain–the first study to demonstrate that a brain can be made “younger.” Another recent study revealed that the treatment reversed two major processes associated with aging and its illnesses: the shortening of telomeres (the protective caps at the ends of every chromosome) and the accumulation of old, malfunctioning cells in the body. Participants’ telomeres were lengthened up to 38% while senescent cells saw a decrease of up to 37%.

“Our new studies demonstrate something for the first time and it’s the ‘holy grail’ of wellness: We can actually reverse the biology of aging and take cellular and brain function back in time. It’s analogous to the first time that man landed on the moon. After that first landing, everyone wanted to travel there, but even faster and more effectively. So, we’ll see young scientists rush to study aging and huge investment in this area,” said Efrati. “Aging isn’t a bad thing; it’s the functional decline that is. As the wellness world knows well, many more people seek solutions that can make them fully potent and active every single year of their life. The future is high-performance aging, and I’m excited to share my vision of that future–and the rising place of hyperbaric oxygen therapy in the medical-wellness world–with the leaders that will gather at the Summit.”

Caution: This isn’t the “hyperbaric oxygen treatment” at your corner spa:

Hyperbaric oxygen treatments are spawning at spas and wellness centers and with at-home products. But, as Efrati cautions, it’s not even the same approach: these offerings simply involve putting people in a sack, or pod, full of minimally pressurized, oxygenated air, when that’s not what makes HBOT effective. “The game-changing component is the hyperoxic-hypoxic paradox: the precise protocols we’ve optimized for oxygen and pressure levels, fluctuations, and durations that spark the regenerative process in the body, said Efrati. “This evidence-based therapy has to be performed in a medical facility by a trained physician. All these oxygen spas and pods can be dangerous: they miss the quality assurance of the air pump being inside, and they pose threats of oxygen toxicity and other health issues. They’re also not effective. The future is clearing up much confusion in the marketplace about what evidence-based hyperbaric oxygen therapy actually entails and achieves.”

To make a more powerful global impact and to “walk faster,” Efrati co-founded AVIV Scientific, a research organization and network of global medical-wellness clinics focused on innovative applications of hyperbaric medicine using the HHP protocols, that can increase cognitive and physical performance in healthy aging adults. Clinics are open in Tel Aviv, at The Villages in central Florida, and most recently in Dubai–and are expected to come to New York and the UK soon. Aviv plans 50 clinics around the world within the next decade. Each clinic combines HBOT with personalized medicine, cognitive and fitness training, and nutrition coaching. Thanks to an exclusive partnership with the world’s largest hyperbaric research facility, the Sagol Center at Shamir Medical Center, each patient’s data and samples are sent to the center’s large research lab, where blood, DNA, telomeres, MRI results, etc. are analyzed. Since Sagol Center is doing so much research, positive findings can immediately be implemented at the clinics. For instance, with their new trial indicating that HBOT can help with long Covid damage to the brain, new programs were quickly rolled out.

“Every year we aim to bring the brightest stars in health and wellness to the stage, and Dr. Efrati is exactly the kind of innovator we seek: a dynamic thinker whose work will really shake up our future, whose solutions are grounded in evidence, and who understands that new connections between medicine and wellness lie ahead,” said Susie Ellis, GWS chair and CEO. “It’s an incredible opportunity for delegates to be immersed in his research on the future of aging at such an early, pivotal moment. What he’s doing is game-changing.”

Registration for the 2022 Summit is now open.